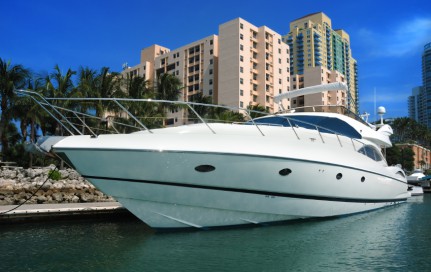 Haymarket has amassed considerable expertise in tracing assets both in the UK and overseas, developed over many years of conducting such investigations in both public and private service. In particular, Haymarket’s consultants have established an extensive network of associates and contacts in the many secretive offshore jurisdictions where assets and funds are traditionally registered and concealed.

Haymarket’s asset tracing skills, combined with in-depth knowledge of the various disclosure and enforcement orders that are available in diverse jurisdictions, are the first choice for several major law firms faced with the challenge of identifying and freezing hidden assets.

On occasions, quite simple techniques have yielded remarkable results.

Investigators had identified a firm of accountants suspected of money laundering. The accountants' offices were on a busy thoroughfare in London. The offices across the road from the target building were available for short-term rental and it was apparent from the window of these offices that a computer screen was visible within the accountants' building, at a distance of about 40 metres. A powerful spotter scope was used to read every letter, fax, e-mail and other transmission composed on this machine. The observer dictated the contents of the screen to tape, which was transcribed each evening. Within two months, the investigation had assimilated a mass of detail about the offshore trusts, bank accounts and other investment vehicles used by the fraudsters. The methods used were legal - passive interception of computer data through the use of a telescope or binoculars did not contravene any law. and excellent customer service.

Case Study: Where Others Failed...

A European company instructed an accountancy practice to investigate the loss of $20 million. After a year had elapsed and at significant cost, the accountants produced a finely bound report which concluded that the money had been lost through poor investments and there was no hope of recovery. Unconvinced by the accountants' report, the company retained a Haymarket consultant to investigate. Following intensive enquiries in South America, the consultant established that the funds had, in fact, been embezzled, and he successfully traced all of the money, which had been laundered through a complex labyrinth of offshore accounts, to a numbered account in New York. Courtesy of an Access Order, obtained through the Manhattan court system, the consultant then established that all of the misappropriated funds had been transferred to a numbered account at a small private bank in Zurich. The evidence which he adduced was then provided to the client's lawyers to enable recovery proceedings to begin.